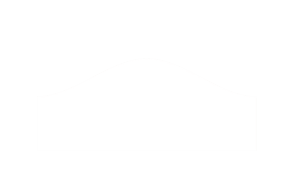 Founded in 1979, the San Nicola Prosciuttificio del Sole S.p.A. faclity is located in upper Val Parma in the Parma Apennine mountains. Built upon a waterfront immersed entirely in green, the structure is 2000 feet above sea level – several miles away from population centers, and even further away from industrial centres. The isolated location and natural scenery produce a spectacular visual impact; but the importance of this unusual location lies specifically in the clear air, which directly benefits the fundamental and distinctive San Nicola curing process. Prosciuttificio del Sole covers 20,450 square feet divided over four floors, in addition to a lot of 3,800 square yards and 4 acres of green space property. Every year 120,000 units leave Prosciuttificio del Sole, each of exclusive protected origin, each with the mark of the Consortium. Year after year, important structural and technical implementations culminated in EC recognition and certification for export of their products in major international markets: U.S.A. Canada, Japan, Brazil, Singapore, South Korea, China, Russia, Mexico, Chile, Hong Kong and New Zealand. In order to maintain the highest quality of their products and ensure consumers maximum wholesomeness, San Nicola has implemented a health and sanitation quality assurance system covering every stage of ham processing, in addition to compliance with the standards imposed by the specifications for protected designation of origin. This voluntary system consists of requirements for additional certifications that enable an organization to assess its environmental performance, to identify the system of traceability in agro-food, to implement and enforce the rules of food safety. This decision demonstrates the company’s desire to market a product certified as fully complying with international standards, equipped with every necessary requirement for maintaining high standards of quality and the satisfaction of their customers. Prosciuttificio del Sole is located within Parco dei Cento Laghi, set against the backdrop of the Tuscan-Emilian Apennines forest, 28 miles from the sea of the Gulf of La Spezia. As first attested to by the Consortium, the sea wind is an invisible but indispensable element in the success of the best Parma prosciutto, yesterday and today – and that is why Parma Ham is produced exclusively in the the territory of Parma South rather than the North, facing the sea, damp and also ideal for other local cold cuts specialties. The breeze of this marine wind, so valuable in the curing of the products, comes straight to the walls of the facility. In this regard, the ham factory was specifically designed transversally to the valley of the river Parma to benefit from the transit of the morning and evening breezes that keep the facility constantly ventilated. The combination of geographic location and structural orientation provides Prosciuttificio del Sole with a unique climate. To make best use of the special contribution of the climate, the facility is equipped with enthalpic technology to directly exploit the natural air, accounting for its transitory characteristics, in a fully automatic way. When determined by the ham factory weather station, the intake of treated air ceases, in favor of the ambient air that surrounds the plant. I San Nicola hams leave the factory to be placed on the market divided into six different stages of maturation. Each of these six products come from the leg of an animal born and bred in Italy, raised on the best breeding farms and slaughtered in the most modern houses, processed exclusively with sea salt and cured for a minimum of 16 months. But the trademark of San Nicola is primarily in long and very long-cured hams – up to 36 months of maturation before being marketed. To avoid overly salty and savory food, producing any significant curing of cold cuts is in itself a complex process. This is especially true for the producers of Parma Prosciutto, which has a pleasantly sweet taste sought by consumers worldwide. Perfecting the production of an excellent long-cured ham as represented by San Nicola requires very precise selections and procedures. To start with, the choice of fresh produce is crucial. This selection process begins for the company with the acquisition of potential PDO closed-loop origin cuts – i.e. farms where the animals will be born, weaned and mature – in order to promote consistency of genetic characteristics, and thus the initial quality of the product to be processed. A larger cut of leg must be selected, with a fatty band spread evenly over the surface (to ensure a balanced intake of salt), and generally be of the highest, above-average quality, for the long rest period in the curing chamber in accordance with the quality standards of the facility. The processing phase in turn is the decisive moment, where the expertise of the production operators is paramount – and the team working with San Nicola has more than thirty years of experience, commencing from the opening day of Prosciuttificio Del Sole. The crucial moments of consideration in the curing process begin by visual inspection of the quality of fat and lean parts, with particular attention paid in the following two stages. First, the trimming, which consists of preparing a thigh to be as uniform as possible in aesthetic terms; then salting with measured salt, for which the quantity, contact time and especially the positioning of the salt relative to the surface of the product is calibrated, to meticulously balance the way in which the salt is absorbed by the various muscles of the thigh. This painstaking process of selection, precision and choice of methods is the basis of the success of long-curing San Nicola ham, preserving the sweetness and smoothness of the taste, while adding very significant elements of range and intensity for a measured flavor aspect.